Furniture for a festival – City Benches revealed for LFA

Five new public benches – specially designed by young architects and designers to celebrate the LFA – have been unveiled across the Cheapside district of the City of London. The new City Benches are the result of a competition organised by the LFA in partnership with the City of London Corporation and Cheapside Business Alliance, and are intended both to showcase fresh design talent and to offer imaginative places for people to rest amidst the bustle of their city surroundings.

The new benches and their locations are as follows: 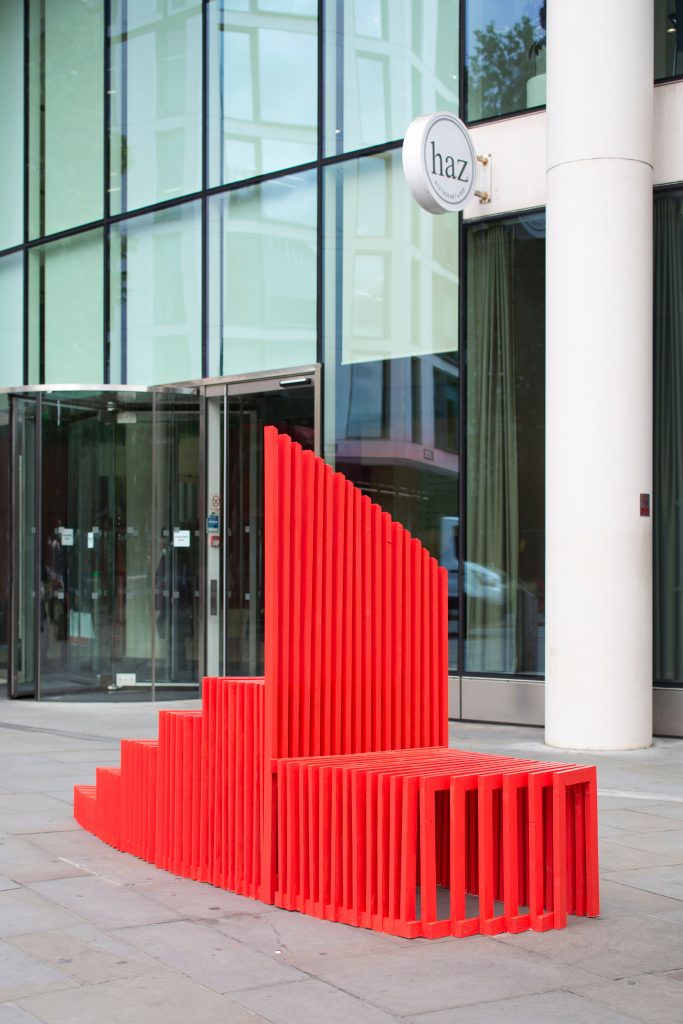 The concept for the bench takes its inspiration from the life-sized astronomical instruments of Jantar Mantar, New Delhi that provide an unusual playground for the residents of the city. When placed in an unshaded area facing north, Benchtime acts as a gnomon to indicate the passage of time throughout the day. Its bold red colour provides a strong contrast to nearby foliage and stone buildings. 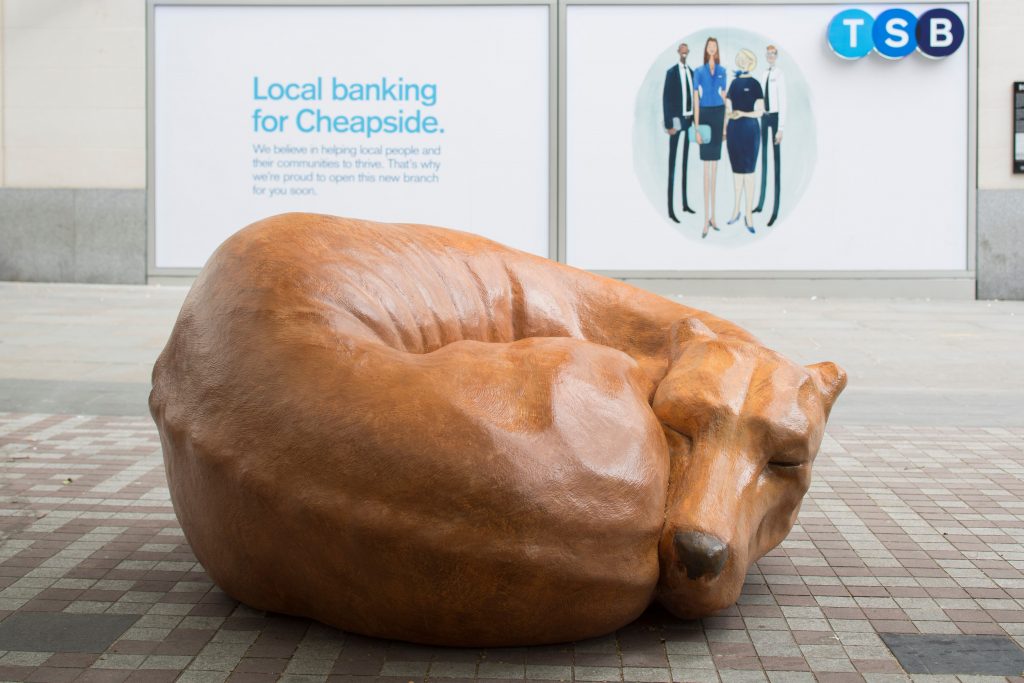 Informed by research showing how dogs in the workplace can bring support and comfort, this light-hearted bench takes the form of a sleeping whippet. Aiming to counteract current political and economic turmoil, the bench encourages its users to snuggle in and, like carefree dogs, live for the moment. 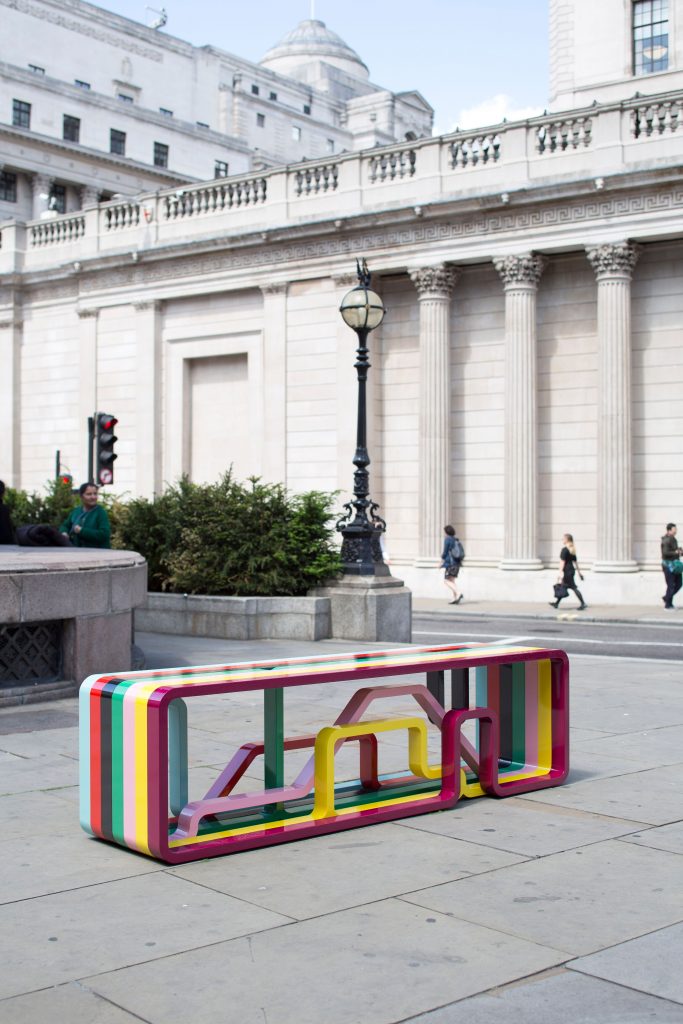 Artist Sarah Emily Porter and maker James Trundle have designed a bench that facilitataes the alignment of people’s spatial and temporal rhythms throughout the city. Inspired by London’s complex underground transport network, its form and colours represent the seven Underground lines running beneath the City. Correlated Journeyswas kindly supported by Moss Timber and HMG Paint Ltd. 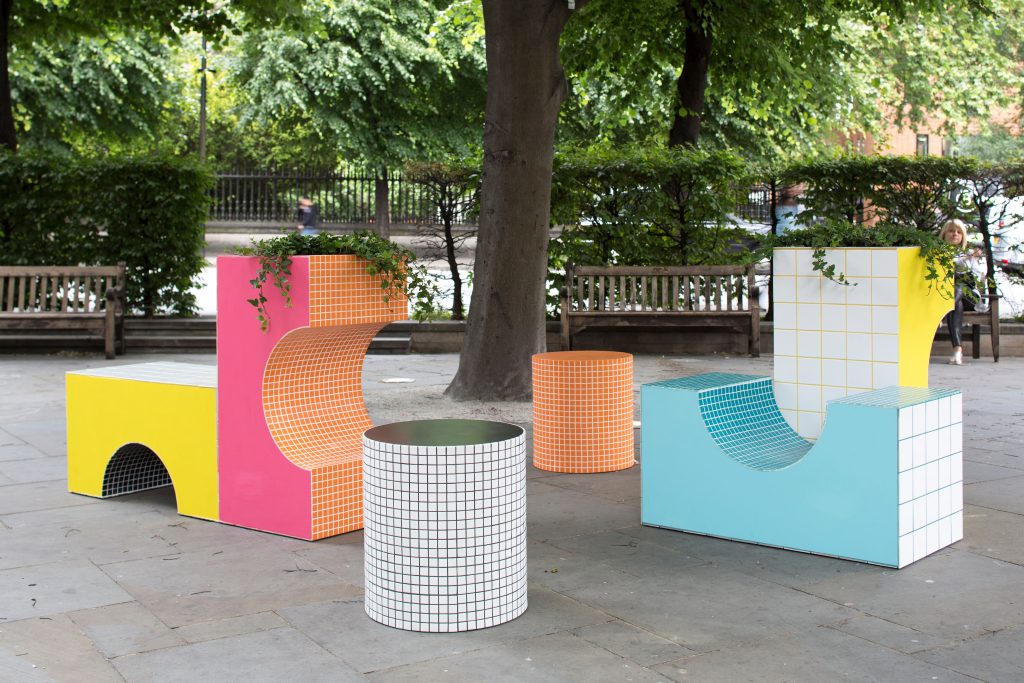 Inspired by children’s play blocks, Astrian Studio Architects’ design aims to bring a sense of youthful playfulness to the City. Flexible in their arrangement, these colourful interlocking geometric benches are tiled to help establish a human domestic scale within an outdoor setting. 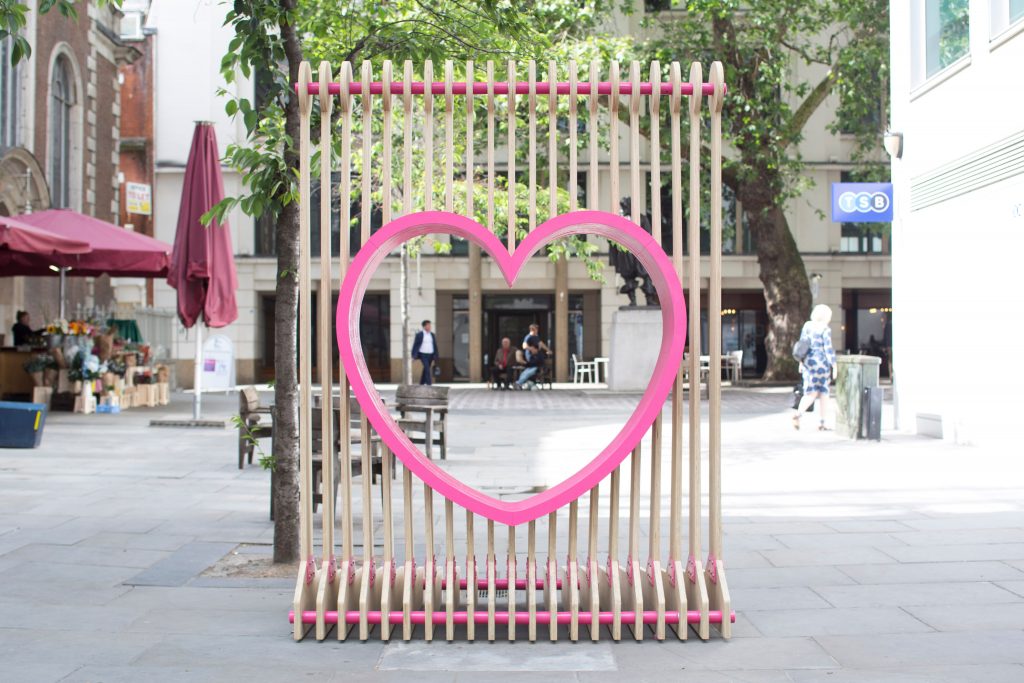 Never before have so many hard borders separated the world’s countries, making the current count the highest in history. This installation aims to challenge the image of physical borders as boundaries, transforming the notion of a barrier into a window for social interaction. While the bench’s profile is inspired by well-known walls around the world, a heart-shaped opening promotes flashing cross-boundary encounters. Love Without Borders was made with the help of Shadbolt, Kohn Pedersen Fox Associates and the University of East London.

As the London Festival of Architecture explores ‘boundaries’ as its theme for 2019, the City Benches project poses important questions about the boundaries between the individual and public realm, and the need to create well-designed space and facilities for pedestrians within the city. With the support of the Cheapside Business Alliance, each of the winning teams was awarded a budget of £800 to create and manufacture their benches, which will remain in place for the duration of the LFA  until 30 June.

“I’m thrilled that City Benches is back for another year as part of the London Festival of Architecture. Together, the benches demonstrate not only the brilliance of London’s emerging architects, designers and artists, but also how small interventions can make such a difference to how people can experience and enjoy London’s streets and spaces. Cheapside is one of London’s liveliest and most interesting districts, and thanks to the support of the Cheapside Business Alliance, is a setting where these young teams can showcase their work to hundreds of thousands of people.”

“Cheapside is the lively heart of the City of London – a district full of life, interest and of course great architecture. The City Benches project is a brilliant project that showcases Cheapside, and brings the work of exciting young architects and designers to thousands of visitors, workers and design fans. We are delighted to be part of a programme that supports fresh talent in such an engaging way.”

Alastair Moss, Chair of the Planning and Transportation Committee at the City of London Corporation, said:

“City Benches are one of many fantastic projects set to showcase the Square Mile as a festival hub once again. Following the success of last year’s benches, I am delighted that the City’s half a million workers, and many visitors and residents, will get another opportunity to be inspired on a daily basis by their surroundings.”