The reactivation of the railway system in Mexico through NAFTA policies, opened an informal channel for thousands of migrants from the North Triangle of Central America fleeing from an environment of violence and extreme poverty, to move northward to reach the border with the United States. The train network known as "La Bestia" became the means by which nearly half a million migrants who entered Mexico each year could travel through the country anonymously and directly, thus constituting a sort of vertical border that is distributed throughout the country.

"Walk the Line: The Distributed Vertical Border" explores how the movement and pauses of migrants affect the physical and imaginary environment of the territory they navigate, generating dynamics commonly associated with those of regions adjacent to official borders. Focusing on the seven cities that initiate the distributed vertical border throughout Mexico, the exhibition spatializes trade, labor, screening, protection, violence and obstruction through a coordinates system that traces the architectural objects that constitute the route through this line, while also identifying the agreements, protocols and actors that shape it. The route presents the histories of these populations that are usually represented by numeralia and statistics, using instead elements that reflect the character of the built environment and the experience of moving through this unexplored territory where architecture finds its place. 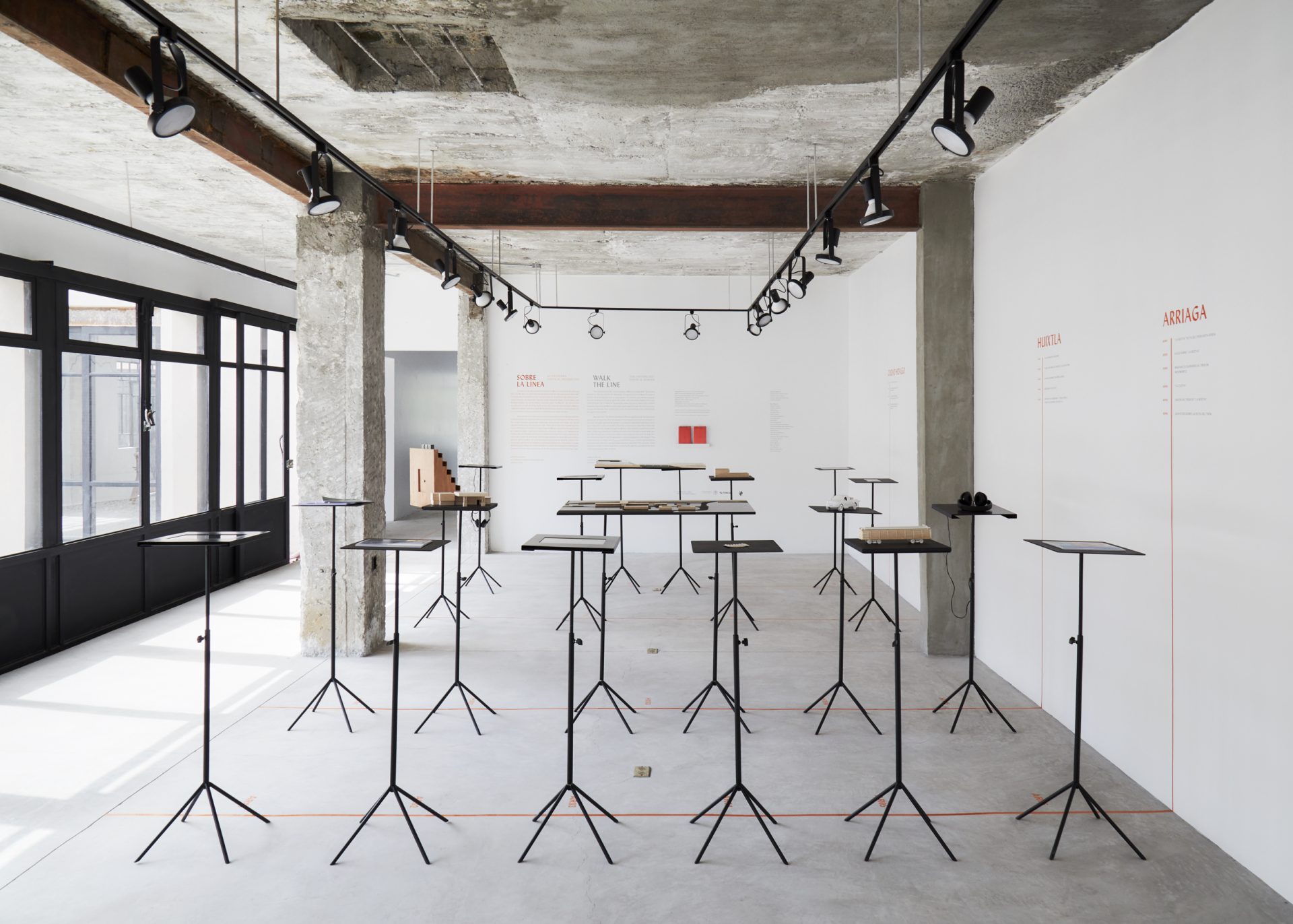