Word on the Fringe

Around the edge of every town lies its urban fringe. Neither town or country these often disorganised, but fertile hinterlands were described in the 19th century by novelist Victor Hugo candidly as ’bastard’ places ‘made up of two different natures’, places that straddled worlds and spatial traditions.

London’s core maintains its own edge condition and to traverse its heart is to journey across distinct communities, ambiences and built environments, each rubbing up against the other, creating dramatic contrasts and tensions.

Skirting the ancient borders of the City of London, this walk for LFA2019 explores the liminal buildings, streets and spaces that have grown up in the shadow of the financial heart . Following a route defined first by the Romans two millennia ago, it unearths the contemporary ‘City fringe’ through new and historic poetry and verse with a range of voices to bring to life the stories of medieval suburbs and sanctuaries, victorian warehouses and railways, modernist utopias and 21st century commercial leviathans! 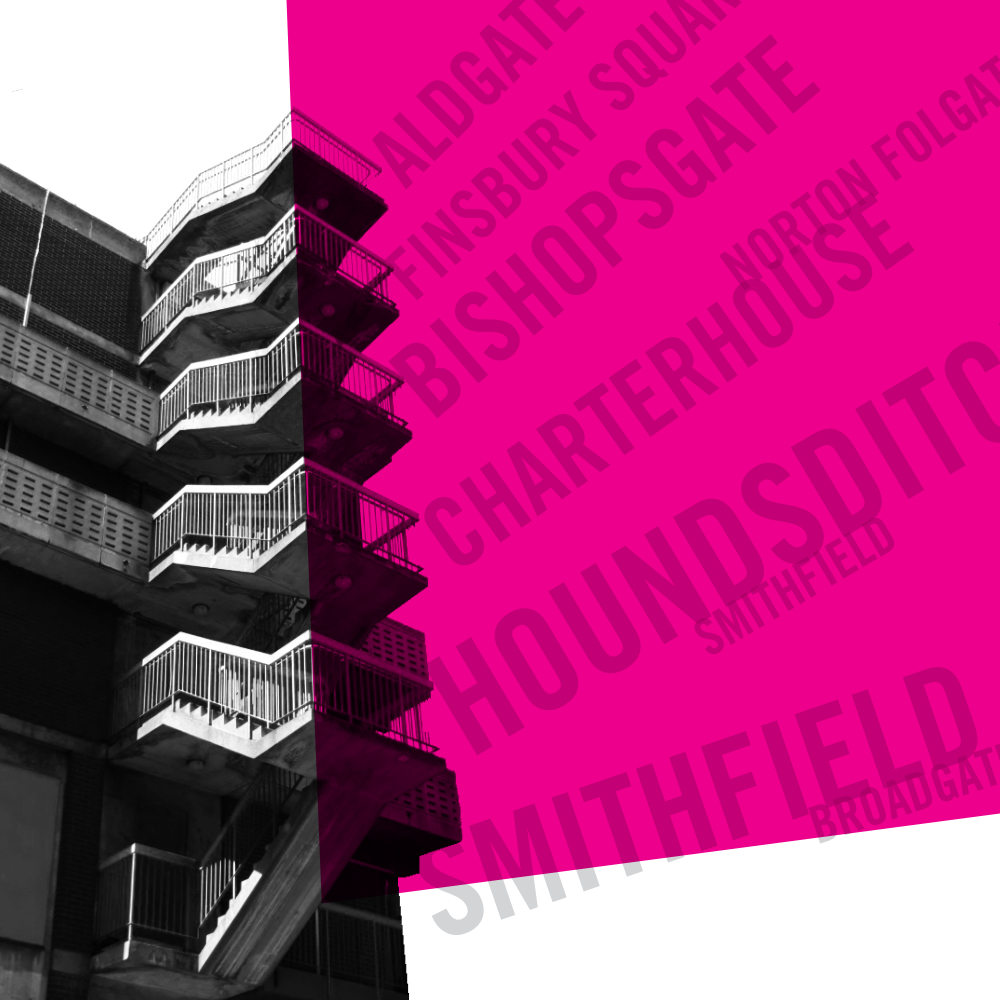